Sadat Beton Gharb > Building > What is a tower crane and what is its use? 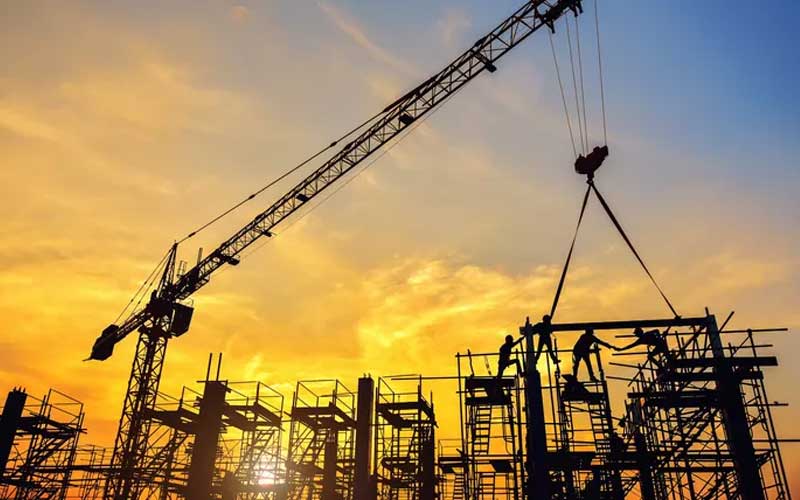 What is a tower crane and what is its use?

What is a tower crane?

Tower crane is a vital component in the construction of tall buildings, massive structures and complex projects. This device is made to control and guide heavy equipment at heights. Tower cranes must be carefully designed to perform at their best and to be safe. Join us to learn more about Tower Crane.

The tower crane supports the structures under construction. This support means moving tools, equipment and building materials from one part to another.

The crane is usually fixed in place inside the construction site using a foundation. The device has a horizontal lever, arm, canvas or Jib supported by a vertical metal rig. The horizontal lever can rotate 360 degrees.

Generally, the use of tower cranes can be summarized as follows: 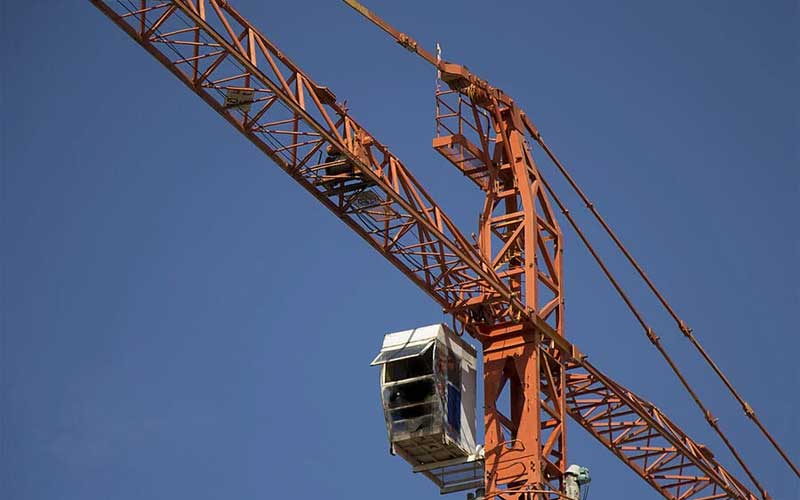 The first lifting device was invented in ancient Greece, which was used to move large and heavy stones during the construction process. This powerful tool was soon used in Rome and Egypt. Throughout the history of construction, cranes have grown in strength and size to help builders do their work faster, safer, and more efficiently.

Today, the world’s largest cranes are tower cranes. The development of these cranes dates back to the 1950s, when skyscrapers were becoming a style of modern construction.

Until 1970, tower cranes were powered by hydraulic power, but in that decade, electricity became their main source of energy. Electricity gave the tower cranes more power and speed to provide energy for carrying heavier equipment.

Today, tower cranes are divided into different types for use in various applications. Advanced engineering technology is transforming this industry.

Overall, the ease of transportation and assembly, as well as the increase in efficiency, make the buildings closer to the sky day by day with the help of tower cranes.

Base: The base or foundation is the support of the crane. The tower body is attached to a large concrete base that bears the entire weight of the structure.

Mast or tower: The mast is the vertical member that gives height to the tower and is attached to the base. The mast has a triangular lattice structure (truss) that gives the tower strength to withstand lateral forces (wind and earthquake).

Slewing Unit: The slewing unit consists of a gear and motor that is attached to the top of the mast and allows the crane to rotate along its axis. This unit itself consists of the following three parts:

All tower cranes usually have the same specifications, but it should be noted that there may be slight differences depending on the model and manufacturer. However, the specifications of the tower crane are as follows:

Note that the maximum load is 18 tons, but when the load is at the end of the edge, the crane cannot lift that much weight. The closer the load is to the mast, the more weight the crane can lift.

Operators have two switches to prevent overload, the first is the maximum load switch to stay below 18 tons and the second is the maximum moment switch to protect the crane from the bending force of the load

Climate monitoring at construction sites is important, especially when using a tower crane. A strong wind can destabilize the tower structure and cause the load to fall down. Project managers must constantly review meteorological forecasts and avoid lifting loads in adverse weather conditions.

Tower cranes allow construction project managers to cope with the most difficult operations at work. They usually deal with things like lifting and placing steel beams in place, transporting building materials, moving heavy equipment, concreting part of the structure, and much more.

Doing the above is extremely important for construction sites and the entire construction industry. Tower cranes allow builders to build taller buildings with more sustainable methods in very cramped urban spaces. It also allows them to do construction work faster, more efficiently and at a lower cost. Probably the coolest benefit of using a tower crane is that it reduces labor costs. There will be no need to hire more people to complete projects faster because these types of advanced cranes make things easier. In fact, cost savings and the ability to get things done faster and more efficiently are the main features of using tower cranes.

Tower cranes are divided into the following types:

In the hammer head crane, a long horizontal jib is attached to a vertical tower. One end of the jib extends horizontally at the workplace, while the other end has balance weights.

A trolley that holds the lift cable moves along the jib to help carry the equipment. The operator rides in a cabin at the intersection of jib and Tower. This type of tower crane typically requires a second crane to assemble and disassemble parts at the workplace.

Self-erecting or self-assembling cranes can be assembled on site alone without the need for a second crane. This advantage will be very important in reducing launching time and project costs.

While some models of this crane have an operator cab in their jib, self-erected cranes are often remotely controlled from the ground. These types of towers are usually independent and can be equipped to move around the workplace.

In tight urban spaces, there is usually not enough space to rotate the jib. Luffing jib tower cranes are used for such spaces. While most tower cranes have a fixed horizontal jib, the operator can raise or lower a luffing jib to allow the crane to be reduced in radius.

A luffing jib does not use an electric wagon, but raises and lowers the jib if needed for lifts closer to the tower. Due to the complexity of these types of cranes, luffing cranes are expensive and can only be used when absolutely needed.

What is the method of increasing the tower crane height?

One of the most common questions often asked is how to install tower cranes. The tower crane is made of pieces like a puzzle. Various components are delivered to the project site by transport trucks and assembled using a mobile crane. First the foundation is placed with concrete then the tower is built.

The method of increasing the height is that at the bottom of the chamber, part of the main column consists of two layers. When there is a need to increase the height, one of the layers that is connected to the upper part, using the available jacks, pulls itself upwards to prepare an empty area between the chamber and the main column.

At this stage, the specialists install the incremental part, connect the horizontal part to the new part and the lower layer to the mast structure, in this case we will see an increase of several meters. Then the rotating table and the cabin are put in place. Finally, the jibs and braces are in place with the balance weights.

Because tower cranes are fixed at the construction site, they can do the hardest work. The tower crane is used to lift and transport the heaviest equipment, and even for simple maneuverability, it can be equipped with the structure. The necessity of using height was the most important reason for inventing tower cranes. These structures are used efficiently and effectively in a variety of construction projects.