Sadat Beton Gharb > Concrete > What is the concrete strength? 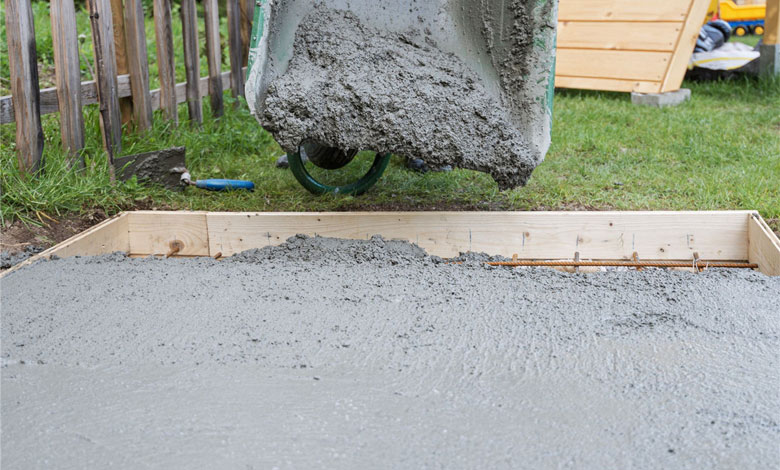 What is the concrete strength?

What is the concrete strength?

Many people consider concrete to be a strong and durable material, which is correct. However, when we speak of concrete strength, what exactly do we mean? This paper describes the strength of concrete, its significance, and the effect it has on the quality and durability of concrete projects. Stay with us.

What is concrete’s compressive strength?

Strength is measured in megapascals (Mpa) or pounds per square inch (psi). ASTM (American Society for Testing and Materials) standard C39 is used for testing. Because the concrete mix must fulfill the requirements of a certain task, compressive strength is critical.

The significance of concrete compressive strength

Concrete is an artificial stone composed of cement, water, coarse and fine aggregates, and coarse and fine sand. When water and cement are initially blended, a plastic (paste) combination is formed that encases the aggregate particles. Water and cement undergo a chemical reaction known as hydration, and concrete typically transforms from a paste-like condition to a solid one within two hours. The concrete will continue to resist as it hardens. The 28-day strength is the reference point for the ultimate compressive strength of concrete, according to the standard. The strength criteria are frequently based on tests of concrete cylinders that are crushed under pressure 28 days after construction. The resulting resistance is referred to as the concrete characteristic or f’c.

The process of increasing concrete’s strength

During the first week to ten days after the concrete has cured, it is crucial that it does not freeze or dry out, as any of these conditions is destructive to the concrete’s strength. Theoretically, concrete will develop strength when stored in a humid environment. In practice, however, around 90% of concrete strength is attained within the first 28 days.

Concrete has essentially minimal tensile strength (usually 10 to 15 percent compressive strength) and consequently seldom requires reinforcing bars (reinforced concrete). The compressive strength of concrete is determined by many variables, such as the quality and amount of its materials and its curing condition.

In reality, the water-cement ratio is often in the range of 0.4 to 0.6 to give the concrete mix a usable consistency so that it can be poured into the mold and around the reinforcement bars. Concrete increasingly hardens as water not utilized for hydration evaporates from the hardened mixture. For large components such as a concrete slab, such shrinkage might result in additional tensile stress, particularly if a substantial volume of water is responsible for the shrinkage.

As with all materials, concrete endures volume changes owing to thermal impacts; in warm weather, the heat from the hydration process exacerbates this issue. Because concrete has low elasticity, it frequently cracks as a result of shrinkage and temperature fluctuations. When a freshly poured concrete slab expands owing to a change in temperature, for instance, compressive-internal stresses are formed in the mixture by overcoming the friction between the concrete and the ambient air.

The tensional strength of concrete is insufficient to tolerate the same friction. Therefore, contraction joints are frequently used to control the location of inevitable cracks, and so-called temperature and contraction reinforcement is placed in previously unspecified directions. This strengthening is designed to accommodate the tensile stresses and reduce the crack width.

In addition to the stresses induced by heat processes and shrinkage, concrete additionally deforms due to creep. Long-term exposure of a material to severe stress causes creep. Creep happens when persistent loads, like dead loads, result in large stresses.

For instance, the additional long-term deflection that can be attributed to creep in a concrete beam can be up to twice as much as the initial deflection that was caused by the beam’s elastic properties. To prevent this increasing deformation, the stresses induced by steady loads must be maintained. Typically, this is achieved by incorporating reinforcing steel into the concrete.

Effect of components on the strength of concrete

The weight and volume of components for concrete might vary. The goal is to achieve optimal strength and performance at the lowest possible cost. There are occasionally unique criteria, such as abrasion resistance, durability in extreme climates, or water impermeability, however, these characteristics are typically related to strength. Sometimes, stronger concretes are specified even though a lower fc fits all structural requirements.

As discussed previously, durable concrete requires a low water-cement ratio. Therefore, it appears that only by maintaining a high cement percentage can sufficient water be consumed to produce functional concrete. Cement is the most often utilized component of concrete, and its usage should be monitored closely.

60-75 percent of the volume of concrete is composed of aggregates, hence their quality is vital. It is impossible to build excellent concrete from aggregates that are too weak. Grading of fine and coarse aggregates is crucial because a wide range of sizes minimizes the amount of cement paste required. Appropriately graded particles also increase the efficiency of the concrete mixture.

What is the tensile strength of concrete?

What is the flexural strength of concrete?

Another indirect test used to measure the strength of concrete is flexural strength. This is defined as the ability of an unreinforced concrete slab or beam to resist bending failure. In other words, it is the concrete’s ability to bend.

Depending on the concrete mixture, flexural strength is typically 10 to 15 percent of compressive strength. ASTM C78 and ASTM C293 are the two standard tests used to assess the flexural strength of concrete. The data are given in terms of the modulus of rupture (MR) in megapascals.

The flexural strength test is extremely sensitive to concrete curing and preparation. This test should be performed using a moist sample. As a result, when describing the strength of concrete, compressive strength test results are typically employed because they are more accurate.

A lower water-to-cement ratio produces concrete that is stronger, but more difficult to work with. A good equilibrium must be achieved to attain the appropriate level of strength while preserving efficiency. This is possible with a correct mixing plan.

Traditional concrete is composed of water, cement, and a gravel-and-sand mixture. The correct proportion of these components is essential for achieving high concrete strength. Pouring concrete with a high-fluidity mix may be simple, but the finished product is brittle and diminishes the concrete’s strength.

The optimal mixing time is essential for the strength of concrete. At a certain point, strength rises with mixing time, but prolonged mixing can lead to excessive water evaporation and the creation of tiny particles within the mixture. As a result, the effectiveness and durability of concrete diminish. There is no golden rule for optimal mixing time, as it varies on some variables, including the type of mixer used, its speed, and the components.

When selecting a technique for measuring and monitoring concrete strength, project managers must assess how each technique will affect their operational plan. While some concrete testing processes can be carried out on-site, some need to be done in a lab. Time is not the only issue that influences the decisions of project managers. The precision of the testing procedure is crucial since it has a direct impact on the quality of the concrete structure.